My school was having a mini book fair. I was interested with the story about fighthing between wild animals. I wanted the lion and tiger book but papa and mama said no. It's too violence.

Luckily my classmate bought it and lend it to me. I came back telling them how interesting the book was. At the end, they allowed me to buy.

After reading, I drew these ! 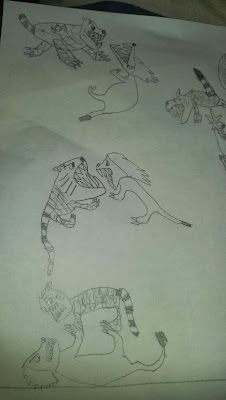 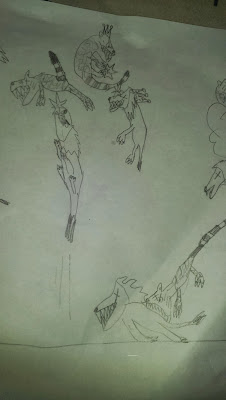 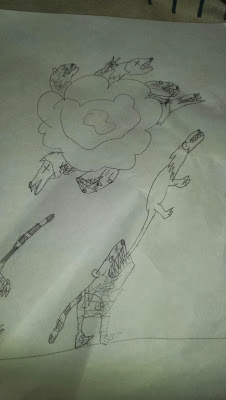 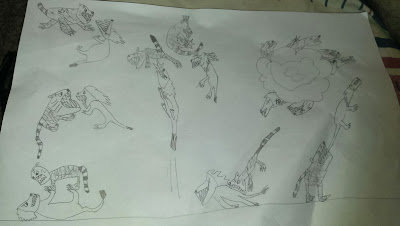 May this Horse Year brings you good health and wealth ! Huat Ah ! 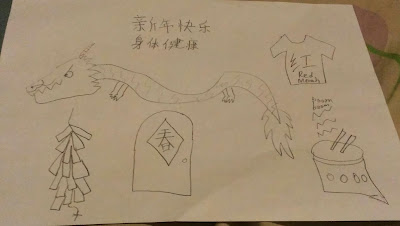 My first win from Stabilo Malaysia

In early December 2013, mummy told me about a creative drawing contest organized by Stabilo Malaysia via Facebook. I quickly agreed to participate because my favourite colour is RED and the theme for that period of time was RED !

I drew a RED dinosaur and diligently coloured them. Normally, I was lazy to colour but since mummy kept reminding me the prize consisted of 18 boxes of colour pencils and 2 Kidzania tickets, I worked hard on it.

After submitted my RED dinosaur, I prepared another masterpiece, butterfly net. I wanted to submit more so I have higher chance to win but before I could draw more, I was down with chicken pox and my fingers hurt so much that I couldn't hold any pencils.

A few weeks later, Stabilo Malaysia announced the winners for the RED theme. I was overjoyed when mummy showed me that my masterpiece was being selected ! My chicken pox was not fully recovered yet but the results cheered me up a lot.

I'm currently into Dragon so much that I wish to open a Dragon Restaurant. I created this menu and asked mama what she wanted to eat. I told her dragon meat are juicy and delicious ! 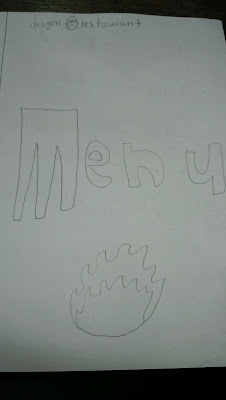 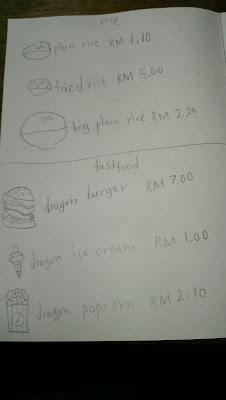 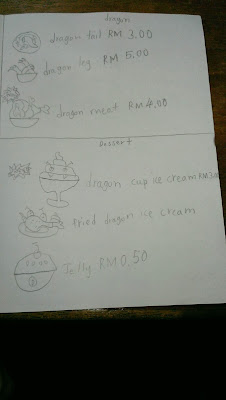 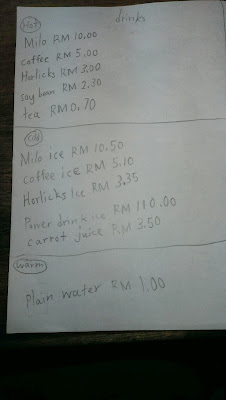 1. Ah boy found a huge egg. When the egg hatched, he was shocked to see a baby dragon.

2. Ah boy kept it as a pet and feed it chocolate because Ah boy's favourite food is chocolate. However, baby dragon wants to eat carrots. 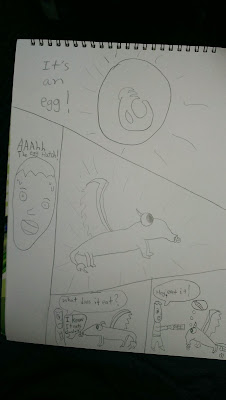 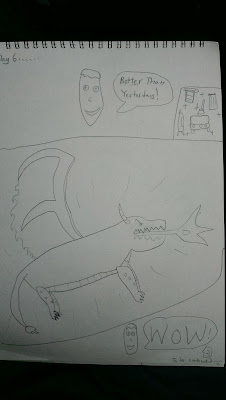 I was addicted to the Minions Game @ ipad. I never try to draw Minions before because I don't know how to draw. I tried to copy from the ipad game and managed to draw 2 of my favourite Minions which are the DAD and ALARM.

Mama asked me to draw more, but I refused because I can't wait to play the Minions game ! School holidays are here and I can glued my eyes to the ipad ! YAY !


From my Facebook page , Uncle Yang got to know that I loves drawing. He was so thoughtful and bought a sketch book for me to draw. Once I received it, I was so happy and quickly draw my first picture on the book.

My Arts, My Inspirations

Promote Your Page Too